​Statement of intent
'This piece is a work in progress. Each day of the exhibition I will push the clay from the inside out causing it to expand. It will begin to crack and strain showing signs of pressure. The clay will be pushed until moments before collapse and then left until the next day when it will be stretched again.'

Entropy refers to a principal in where all matter eventually moves towards disorder. In contrast to this is the belief held by many psychologists such as Jung that it is an innate human desire to strive to reach our potential and evolutionary theory of adaptation for survival. We put effort and energy into trying to go against this ‘entropy’ to try and surpass our original selves to grow and evolve as individuals. However often we encounter self-destructive tendencies, self-sabotage, inhibitions and limitations that prevent us from reaching our capabilities.

This work explores the tension that these somewhat conflicting forces have. It is symbolic of a striving for growth and attempts to gain control of one's limitations. 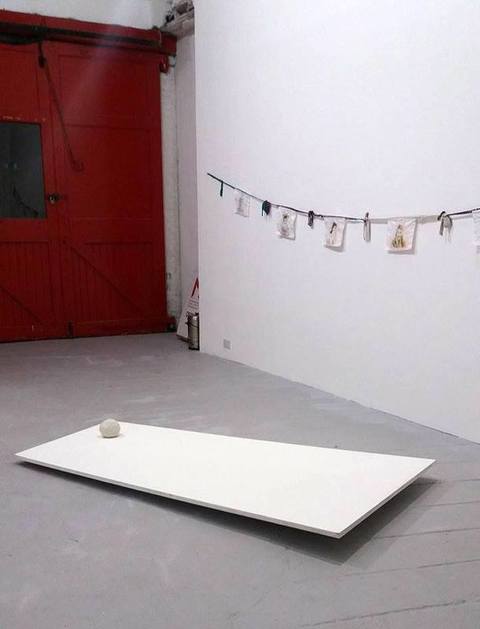 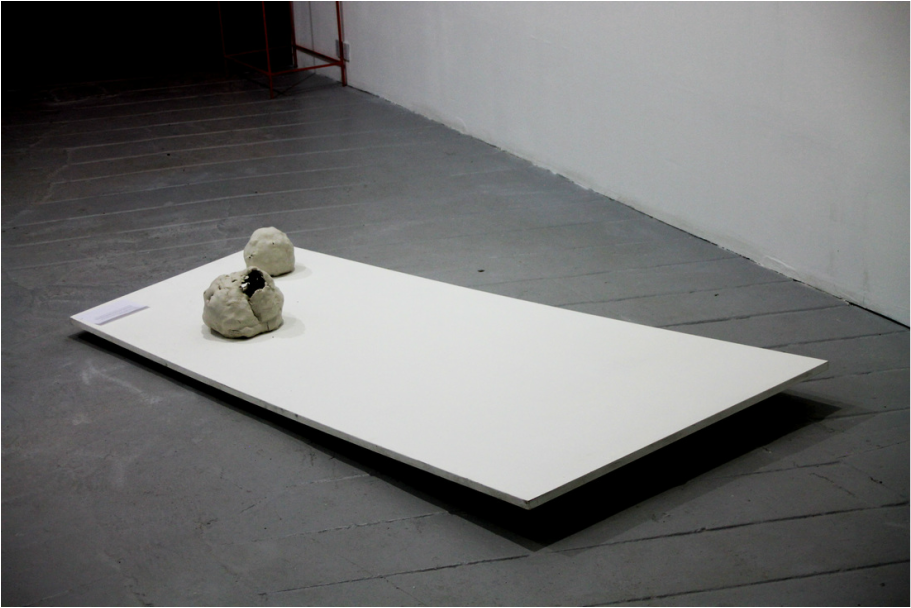 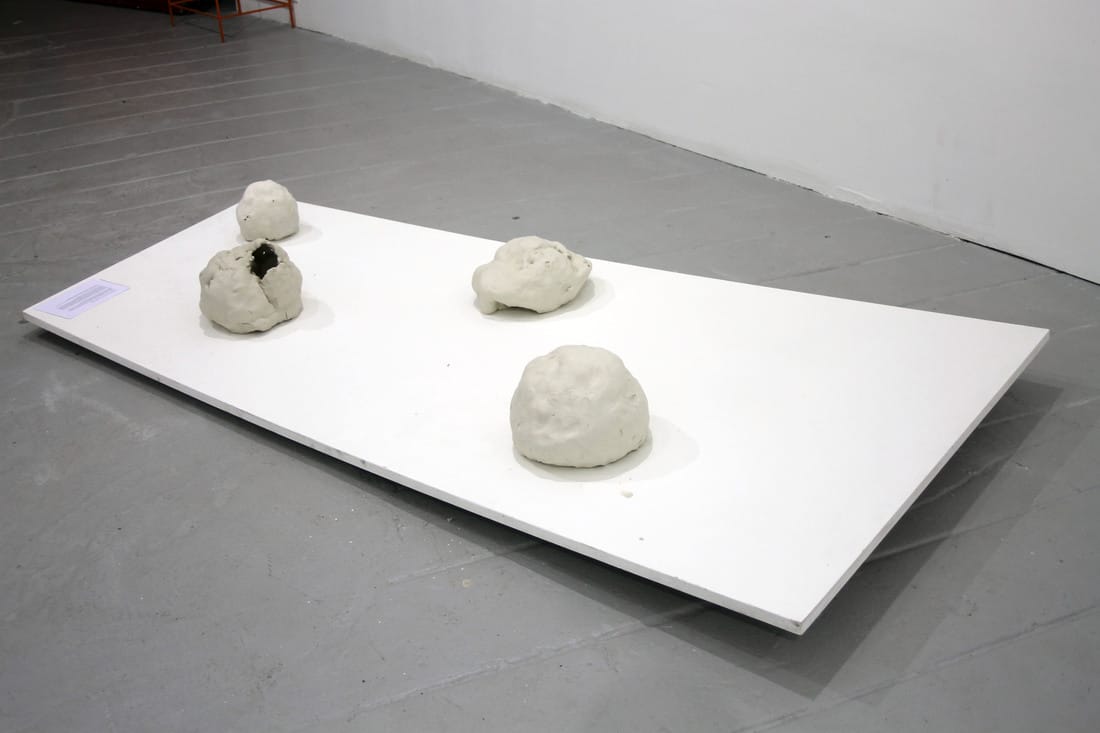 'We then watched Kate McElroy’s performance piece which tied in with sculpture work, entitled ‘Efforts Against Entropy’. The piece, like a lot of McElroy’s work, explored the state of the individual, looking at the highs and lows of the self while also examining feelings of oneness and disconnection.
It was altogether quite a moving piece, silencing the audience and keeping us glued to the performance.'
Jack Popeley, review for gallery weekend in 'Thecity.ie' Dec., 2016.
The performance acknowledged that sometimes there is such a thing as 'too much effort', in fact the only way she succeeded in her struggle was to collapse. Then organically, naturally she began to move. The change in breathe and sudden relaxation of  the body was apparent, in contrast to the tension from before the fall. Suddenly there was an acceptance and what was once a struggle suddenly seemed effortless.